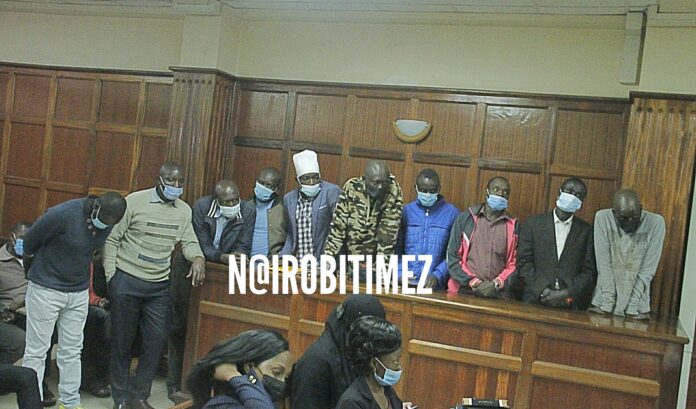 Ten people belonging to a welfare organisation have been charged afresh with malicious destruction of a perimeter wall valued over Sh144, 000 property of Gidjoy Investment ltd.

The prosecution told the court that the accused persons willfully and unlawfully damaged a perimeter fence valued Sh144, 400 the property of Gidjoy Investment ltd.

It is alleged that they committed the offence on March 27 in the year 2018 at Donholm Phase 8 in Embakasi East sub – County within Nairobi County.

The ten members are also accused of entering the property on March 24, 2018 and chasing away security guards while armed with crude weapons.

The court heard that they entered the property with an intention of taking possession of the land in Donholm Phase 8 in Embakasi East sub.

Directors of Gidjoy Investment ltd were supposed to continue testifying but defence lawyer argued that charge sheet has changed and there was addition of information that he was not familiar with.

They accused are out on a cash bail and the court directed the matter to proceed for hearing on November 2.