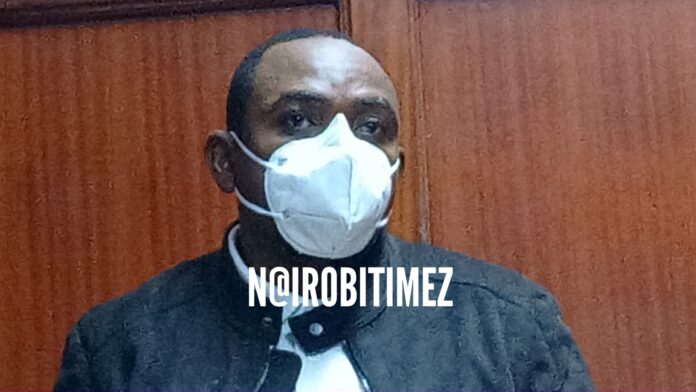 A Congolese man suspected to have defrauded millions of shillings from traders alleging to be in a position to join the lucrative gold trade will be held for seven days as police officers conclude investigations into the fraud claims.

The magistrate ordered Tshikunga to be detained at Capitol Hill Police station for one week pending investigations over alleged half billion gold fraud.

” The state has proved that there are compelling reasons to mandate the denial of bail terms, I take the judicial notice of our porous boarders that may allow the travel from Kenya without a passport in this regard I agree with the state the responded to be detained at capital hill police station for seven days to the complaint to travel from Ukraine for the identification parade”, ruled the magistrate.

He was arrested at Mazingira Complex, Kiambu Rd in Nairobi after a complaint was made by a Ukrainian national. The Ukrainian alleged to have lost money to the scammers while looking to trade in the precious mineral.

According to the investigating officer Corporal Julio Mutembei attached to Directorate of Criminal Investigations – Special Service Unit, the suspect, who also holds a Kenyan passport, has been dealing in unidentified businesses that includes sourcing and selling of gold from unknown sources, transporting it to different destinations. He revealed that he is facing criminal charges.

The court heard that the Ukrainian was lured into the country as a trap to syphon his money through a tricky gold business and parted with huge amounts of money to engage in the business.

“The gold in question turned out to be a different thing despite paying for its security in custody of Brinks Security Services,” added officer Mutembei.

The court heard that if the suspect is released on bail before investigations are concluded, he is likely to jeopardise it.

The court further heard that the complainant is not in the country and has therefore not been able to identify the suspect.

Detectives also want to conduct identification parade confirmation of other similar cases within the country that the suspect may be involved in.

Tshikunga through his lawyer Stanley Kangai opposed Prosecution application seeking to detain his client for seven days. He urged the court to reduce them to four days.

“In our view seven days is quiet alot of time given that there are only two grounds hence we are requesting this honourable court to reduce the number of days to four days, two days will be sufficient for the complaint to travel into the country”, Lawyer Kangai submitted.

The case will be mentioned on January 14.