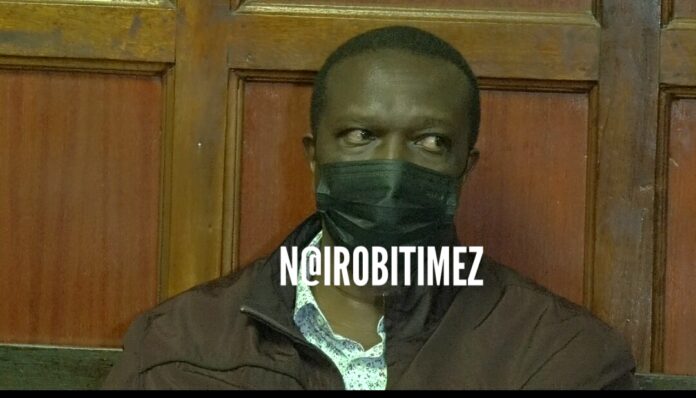 A city businessman has been sentenced to three months in prison for damaging a gate worth Sh50,000.

Patrick Omani Nyamweya was given an alternative of paying a fine of Sh100, 000 after he was found guilty of maliciously damaging the gate belonging to Samco Holding Limited, a company situated on Mombasa road.

In her judgment, chief magistrate Martha Mutuku said the prosecution proved beyond reasonable doubt that the businessman committed the offence. The magistrate said witnesses placed Nyamweya at the scene, when the damage was carried out.

Mutuku acquitted Nyamweya’s co-accused Yusuf Maalim. The court also dismissed other charges of conspiracy to defraud, making a false document and uttering forged title deed against the duo, saying the prosecution failed to prove the allegations.

The two had been charged with conspiracy to defraud Samco Holding Limited a parcel of land worth Ksh335 million by fraudulently registering it in the name of Innfields Investment Limited.

While dismissing the charge of conspiracy to defraud, the magistrate noted that the state failures to avail the other co-accused persons whom they conspired with to defraud Samco Holdings limited, off the multi-million parcel of land.

Nyamweya had denied making a false lease for the land situated along Mombasa Road registered in his name, purporting it to be a genuine lease issued by the Ministry of Lands.

He was also facing charges of forging signatures of two land registrars on the said lease and making a fake title on unknown dates and time with intent to defraud Samco Investments.