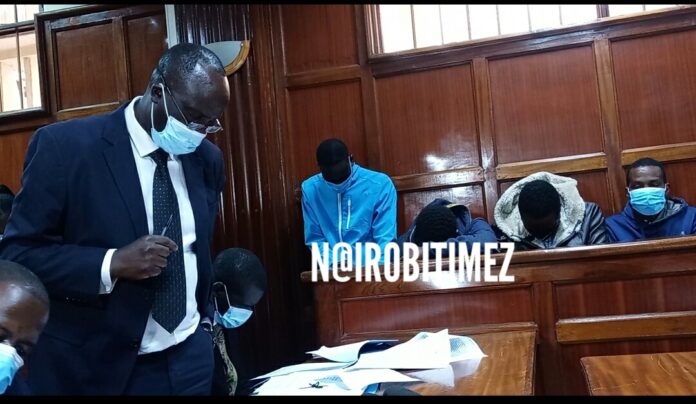 Four people have been charged with conspiracy to defraud, making force documents and forcible entry into a land in Karen worth Sh350 million linked to a prominent politician.

He allegedly committed the offense jointly with others not before court, on or before September 23, 2020 and May 22, 2021 at unknown place. The court heard that they falsely pretended that Deed plan dated September 23, 2020 were genuine and valid Deed plans issued by the Director of Survey.

He also faces charges of conspiracy to defraud, making false documents and forgery.

Wako together with Opere, Tuuko and Lesingiran denied a second count of violently breaking into the property at Windy Ridge lane Karen on January 3 this year, in order to take possession of the property from Goodison Trust Corporation.

The three other accused persons were released on a bond of Sh500,000 each or cash bail of Ksh200,000, while Wako who is facing several charges was ordered to deposit a bond of Ksh2 million or cash bail of 1million.