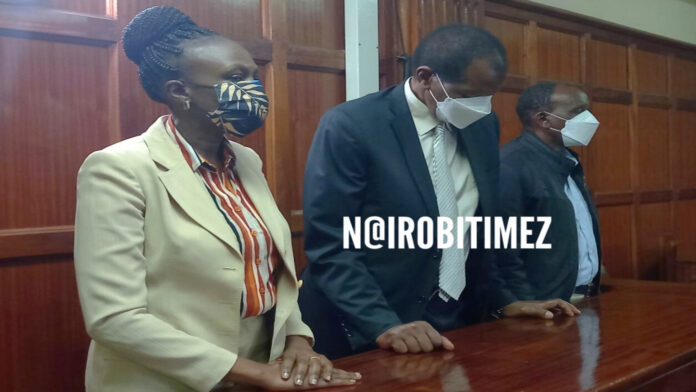 Four people have been charged with conspiracy to defraud MultiChoice Kenya by intentionally altering the structural Integrity investigation report on a proposed construction of an office block for the company.

They are accused that on diverse dates February 1 and April 30,2017 at unknown place being the directors of Interconsults Engineers ltd, Connapex Structural and Civil Engineering, SK Archplans and head of legal at MIH East Africa respectively, they jointly altered structural Integrity investigation report on proposed construction of office block for MultiChoice Kenya ltd.

The office block was to be constructed on plot Number L.R NO. 3734/421 and that they allegedly altered the report dated February, 2017 to favour structural Engineer against cementers’ ltd and to demand demurrages from Cementers’ ltd.

Waindi is accused that on April 6, 2017 at an unknown place, she incited Muchemi to extract part of the structural Integrity investigation report that was to be presented to Cementers ltd.

He further faces another charge of making false reports. The court directed him to appear to present himself in court and plead to the charges.

Lawyer WWambua Kilonzo told the court that they will oppose participation of the victim in the case.