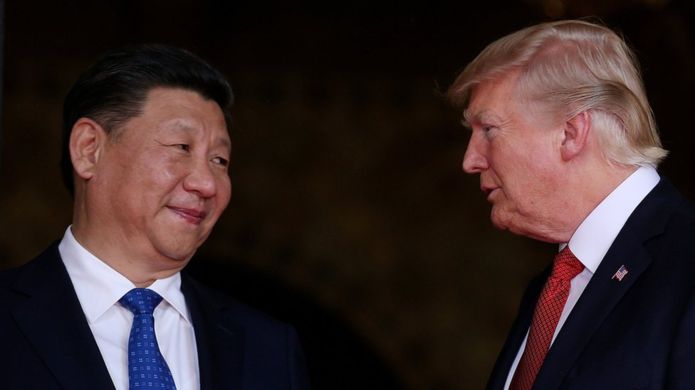 A US organisation has sued the Chinese government for manufacturing and releasing COVID-19, “a biological weapon” which has so far killed over 61,000 people worldwide.

Freedom Watch Inc, a public nonprofit organization accused China before International Criminal Court over release of coronavirus which has caused massive deaths in the world.

Freedom Watch Inc in the complaint claims that COVID-19 was designed by China to be a very ” effective ” and catastrophic biological warfare weapon to kill mass populations and the nature of biological weapons include discovering a life- threatening virus or bacteria already existing in nature but then refining, developing, adapting or perfecting it as a weapon and illegally maintaining a stockpile of the bioweapon

The US body has petitioned the ICC to open an inquiry by the prosecutor at the International Criminal Court under Article 15 of Rome Treaty to investigate the urgent and important question of likely creation and release, accidental or otherwise of a variation of coronavirus known as COVID-19 by the People’s Republic of China and it agencies and officials.

Freedom Watch Inc alleges that COVID-19 functionaries as a biological weapon in violation of China’s agreements under International treaties and subsequent reckless and criminal release from the Huwan Institute of Virology’s into Huwan, China in Hubei Provence.

The organization request the of office International criminal court Prosecutor to open an investigation to determine the origins of the COVID-19 virus including its likely release from the wuhan Institute of virology and China’s willful interference with attempts to fight the spread of the disease and develop treatments, tests, a vaccine and once the facts alleged herein are confirmed to conduct criminal war crimes prosecutions to and try, convict and sentence to life imprisonment of China , The Huwan institute of virology, The peoples liberation army , Wuhan Institute of virology director Shi Zhengli and major general Chen Wei of China’s peoples liberation army.

The US body says that among other acts, China failed to prevent the Wuhan Institute of Virology activities from the various surrounding community and proliferation into United States.

“This is also a complaint for the defedants'(China) violation of international treaties and international law and obligations by withholding medical information on the spread of the COVID-19 virus, resulting in thousands of avoidable and unnecessary deaths and illnesses and massive world economic damage caused by the delay in sharing medical information about the spread of the virus”, the complaint state.

The US organisation added that since biological weapons were outlawed in 1925, including by China’s membership in treaties, these illegal weapons constitute and are in effect terrorist-related weapons of mass distraction of population centers.

The organization claim that China violated the law of nations, established UmS law, international laws, treaties and norms including but not limited to those sections previously set fourth, declaration on measures to eliminate international terrorism and citations incorporated by reference adopted by the United Nations General Assembly on December 9,1994 (GA Res 49/50); The Anti-terrorism Act, 18 U.S.C. 113B.

Freedom Watch argues that coronavirus is a grouping of viral diseases which are generally analogous but much more deadly than influenza, but even more harmful and deadly.

Coronavirus variations have been known in the years past. However, on November 17, 2019, a new military weapon variation of coronavirus was noticed in Wuhan city in central China’s Hubei Province. Although reporting from government records makes it unclear if it was recognized so early as a new disease.

This new and engineered virus has been disignated as COVID-19 or SARS-CoV-2.

“COVID-19 is an extremely dangerous disease because it has extremely aggressive nature and designed to mutate from person to person. It spreads very quickly band easily, no vaccine exists yet on account of it being a new disease, the means of transmission are not fully known with certainty band treatments are only just being worked out and disease appears to be about ten times as deadly as the flu”, the organization adds.

The first case eventually confirmed to be COVID-19 infection by China’s admission was on December 8, 2019.

However, doctors in Wuhan and throughout China were ordered not to disclose any information about the new disease to the public.

“With respect to China’s handling of the Wuhan coronavirus by suppressing medical reporting, there is sufficient evidence that the communist party of China is guilty of crimes against humanity “, added the Freedom Watch.

“This makes COVID-19 a very unusual and dangerous virus, seemingly hand-crafted to spread rapidly through multiple pathways and there are many indications beside the nature of disease demonstrating that the virus was engineered in the Chinese military’s laboratory or laboratories”, claims Freedom Watch.

In publicly and officially speaking about efforts in China to respond to COVID-19, China president Xi Jinping specifically linked efforts to prevent similar future threats to security of biological laboratories. Xi explained these efforts by saying that laboratory safety is a “national security” issue.

The next day, Chinese ministry of science and technology released a new directive titled “Instruction on strengthening biosecurity management in microbiology labs that handle advanced viruses like the novel coronavirus.”

Thus, China’s military and national leadership clearly linked the origin and spread of COVID-19 with safety protocols and containment at China’s biomedical microbiology.

Although China’s government which has power over all of China’s society and has always been opaque and non-forthcoming to other nations has admittedly in official statements linked the viral epidemic that broke out in Huwan with the need to strengthen safety protocols and security measures at the microbiology laboratory in Wuhan in Hubei province. It also claims that Wuhan Institute of virology is used for China’s illegal biological warfare weapons programs according to experts.

It is claimed although it appears that the COVID-19 virus was released at an unplanned, unexpected time, it was prepared and stockpiled as a biological weapon to be used against China’s perceived enemies, including but not limited to the people of the United States.

“While COVID-19 virus may be too slow acting and slow-spreading to be used quickly against an enemy’s military, it was designed to be used against the general population of one or more of China’s perceived enemy nations, such as the United State and the Defendants, each and every one of them acting in concert jointly and severally as joint tortfeasors, criminally created or refined and then stockpiled biological weapons for the express purpose of using such weapons against its perceived enemies, including but not limited to the people of the United States”, further state.