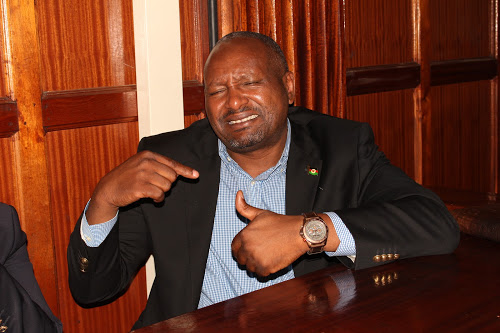 Through its secretary general Nick Salat, Kanu argued that the High Court doesn’t have jurisdiction to entertain the matter.

The party, whose leader is Baringo Senator Gideon Moi, further said both Murkomen and Kihika must exhaust their issues before political parties tribunal.

Salat told the court that Jubilee Party and KANU entered into post-election Coalition Agreement and, a move which was properly entered into by the parties, lawfully executed and registered.

He added that the decision to remove Murkomen and Kihika was lawful and in accordance with the Constitution of Kenya, the Political Parties Act and the Standing Orders of the Senate.

“The Petitioners were removed from the positions of Majority Leader and Majority Whip by a majority of members of the majority coalition in the Senate in a properly convened parliamentary group meeting attended by the Jubilee Party Leader,” the SG said.

He added that on October 17, last year at the senate sitting Murkomen and the Deputy Speaker contended that parliament or the Senate cannot be injucted or have its proceedings stayed by the orders of the court.

However, the Elgeyo Marakwet Senator now seeks to injunct or stay the action or conduct of Parliament by obtaining orders against the respondents including the Speaker of the Senate.

“This court should not favour the Petitioners with orders when they have denigrated the Judiciary in the Senate and characterised court orders as interference with legislative authority in complete disregard to the judicial authority of the courts and the systems of separation of powers and checks and balance in a republican constitutional democracy”, Salat urged the court.

Salat said the two embattled senators are also high court advocates who are bound by judicial practices and traditions of the courts.