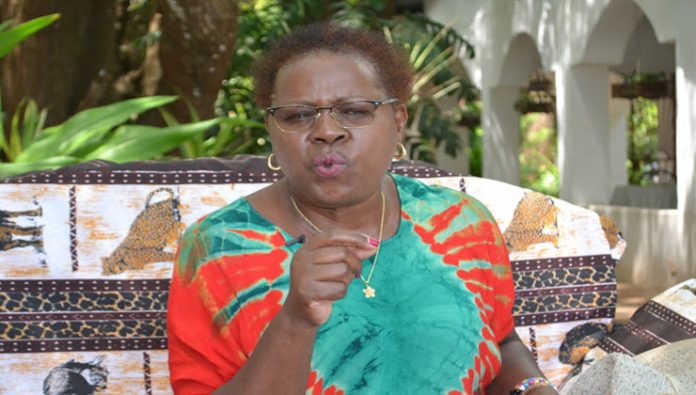 Justice James Makau ruled that it was illegal for the IG to withdraw Mp Wahome’s bodyguards without informing her the reason for the move.

“Inspector General is hereby issued directed and anyone acting under him to restore the security of the Petitioner without fail” judge ruled.

The judge also declared the action of the Inspector General to withdraw the security of the MP as illegal, unconstitutional and void.

Mutyambai was prohibited from withdrawing the security of the Petitioner without following the proper procedure.

The Judge further said there was also no evidence that the MP had committed any crime to warrant the withdrawal of her security officers.

“In this Petition, I find that there is no evidence of the petitioner(MP Wahome) having been accused of breaking any law nor has she been informed of any investigation being conducted against her; if any,” the Judge said.

Makuau added that the mere allegation that the MP committed an electoral offence by harassing an election official, without more explanation, was not sufficient.

Wahome told the court that she has been unable to discharge her functions to the people of Kandara and the country at large effectively, as a result of the withdrawal of her security.

She also said the move was meant to intimidate her to change her stand on bad governance and her political beliefs and affiliation.

The withdrawal was made following a communication by the police on January 20, 2020 that they will not provide security to VIPs who are involved or suspected to be involved in crime until they are cleared by court.

Through lawyer Stephen Gitonga, the MP said the decision is discriminatory in nature as all other MPs continue enjoying security provided by the National Police Service.

He argue that the decision threatens and exposes her to security risks as she has enjoyed security ever since being elected to Parliament in 2013.

Gitonga submitted that the MP has never been charged or informed of any investigation being conducted against her.

IG through Director of Operations Henry Borma said following the rise of reports implicating some VIPs and state officers in crime incidences and unlawful conduct, they reconsidered the privileges accorded to some VIPs.

The officer said Wahome committed an electoral offence by harassing an election officer, who was performing his official duties thereby causing a breach of peace.