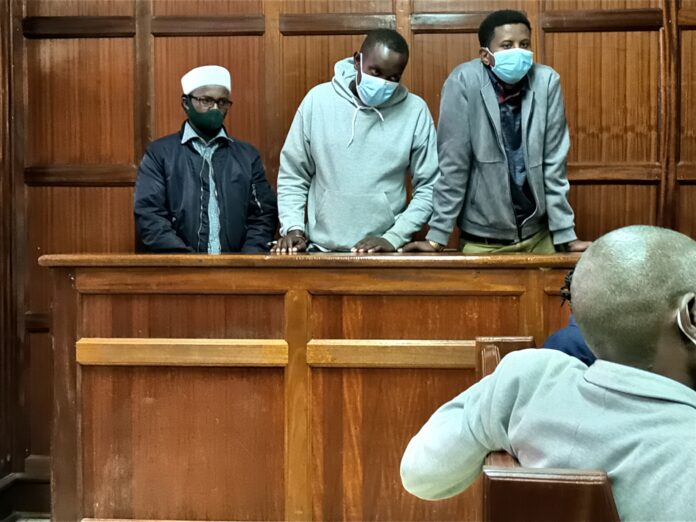 The directors of Amaan Gas Limited has been summoned to appear in court in person to face criminal of charges of trading and dealing with LPG cylinders of another license.

Milimani Resident Magistrate David Ndungi issued the summons after the directors failed to appear in court to plead to the charges.

However, the directors co-accused persons Hassan Mohamed Mohamud, John Theuri Mathenge and Agostine Maina Njuguna appeared in court and pleaded not guilty to the charges.

Mohamud, Abdikalik and Amaan Gas Limited are accused that on March 24 this year at the firmed premises L. P. G storage and filing station filing facility located along sabaki area Athi river within Machakos County jointly with others not before court they were found dealing with empty LPG cylinders of safe gas, Pro gas, Oilibya, Hashi gas, lake gas, gas yetu, Tisha gas among others without prior written consent from the licensed owners in the contravention of the law.

Maina is charged with transporting the said gas cylinders which was not licensed to transport liquedified petroleum Gas.

They were released on a bond of Sh200, 000 or cash bail of Sh50, 000 each pending hearing and determination of the criminal case.

Amaan Gas Limited will appear in court on April 8 to face the charges.