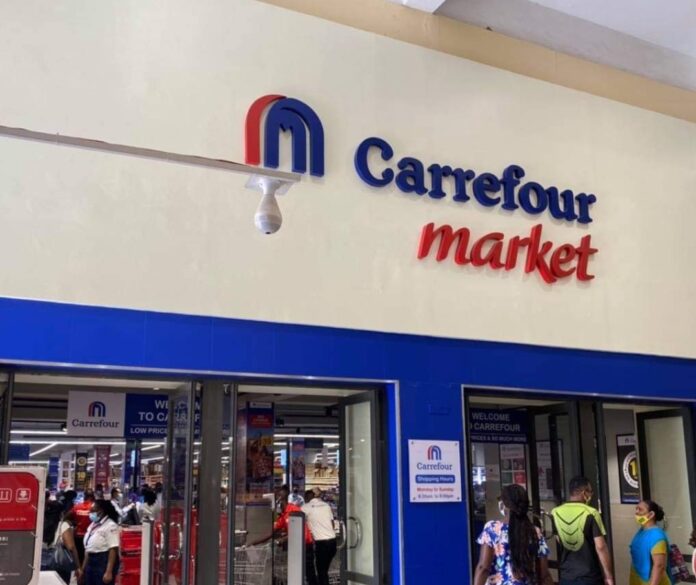 Carrefour supermarket has been found guilty of abusing buyer power in Kenya.

The Competition Tribunal also found that the chain of supermarket breached contract by terminatng its supplier agreement without a notice to the Orchards Limited.

The Tribunal directed the supermarket to ammend all current suppliers agreements witn suppliers within the next 30days with the view of expunging all offending provisions especially with provisions and clauses that facilitate abuse of buyer power.

Tribunal chairperson Daniel Ogola, Dr Destaings Nyongesa, Valentine Mwende and Rebecca Mugire dismissed a prayer by Carrefour that the Competition Authority of Kenya did not have any legal powers of authority to conduct an investigation into abuse of buyers powers for any period to December 31,2019.

The Tribunal further said that the authority’s process of conducting investigation did not violate the provisions of section 31 of the competition Act.

The authority’s investigation into the complainants raised by Orchards limited were lawful.

The Tribunal rejected a plea to set aside the order to pay Orchards limited Sh. 289.482 for the loss arising from unilateral termination of the supply agreement for the year 2019 being cost of procurement of material for exclusive use for the Carrefour’s order.

The Tribunal upheld the order of payment of financial penalties of 10% of Carrefour’s gross annual turnover in Kenya from its carrefour franchise from the sale of cool fresh yogurts for the year 2018 Sh. 224, 768.

The requirements by the Competition Authority prior approval before rejecting delivery of goods by the Carrefour from suppliers.

The requirements by the 1 respondent (Competition Authority of Kenya) prior approval before deployment of merchandises to the appellant’s store is hereby set aside, ” ruled Tribunal.

Orchards limited and carrefour supermarket had executed successive buyer or supplier contract between the years 2015 and 2018 for the supply of probiotic yogurts to Carrefour.

But in the end of January in the year 2019 as they were negotiating the terms of prospective contracts for 2019, carrefour unilaterally delisted the company from supplying them with yogurt by blocking supplier’s code without notice.

As a result of delisting, Orchards was left with big stock of packaging materials and the materials were procured for exclusive use of the Carrefour’s orders and could not be utilized otherwise.