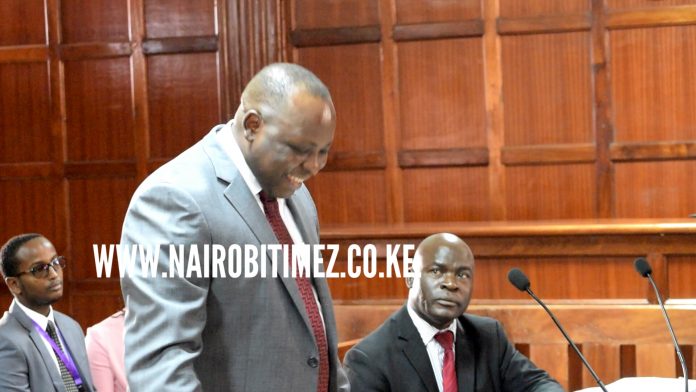 Attempts by former High Court judge Muga Apondi to get a share of fees arising from an election petition has been dealt a blow after his claim was dismissed by the appellate court.

This was after a bench of three judges ruled that he had not been instructed to handle the case by former MP Elizabeth Ongoro and he should therefore pursue his fees from Philip Nyachoti, who instructed him.

The judges said there was no advocate-client relationship between Apondi and the petitioner ( Ongoro) in the election petition l, because the instructions were given to Nyachoti.

Justices Roselyn Nambuye, Gatembu Kairu and Sankale ole Kantai noted that the Advocates Rules dictates that where an advocate instructs or consults another, or asks him to hold his brief, the instructing lawyer is personally liable to pay that other advocate’s fees.

“This is to say that the instructing advocate is duty bound to pay that other lawyer’s fees and if he fails to do so, the fee becomes a debt which the instructed advocate may sue and recover as a debt in normal civil proceedings,” the judges said.

They added that the instructing advocate, in this case lawyer Nyachoti, does not become a client at all.

Lawyer Nyachoti moved to the appellate court after Apondi filed a bill of costs against him of Sh2.59 million.

Lawyer Nyachoti said the former judge was not given instructions directly by former MP Ongoro but he approached him in 2017 where he volunteered to assist in prosecuting some of the election petitions.

He said he accepted the offer on the understanding that Apondi could be paid some fees, which had not been agreed.

Apondi, on his part, submitted that Ongoro had not agreed to pay him professional fees directly but that he had always dealt with the matter through lawyer Nyachoti.

According to him each lawyer involved in the election petition was entitled to file a bill of costs to recover professional fees.

He denied that he had volunteered any services in the election petition stating firmly that he had his own law firm and there was no arrangement where his fees would be paid directly.

Apondi had been granted the nod to pursue the fees by High Court judge Weldon Korir said he is the instructed advocate can sue his “client” to recover his legal fees.

“Where there is no greement on the fees payable from a client to an advocate, the only way of determining the fees owed to the advocate is through the taxation of the bill of costs,” the Judge had ruled in 2019.

Nyachoti filed the appealed against the decision.