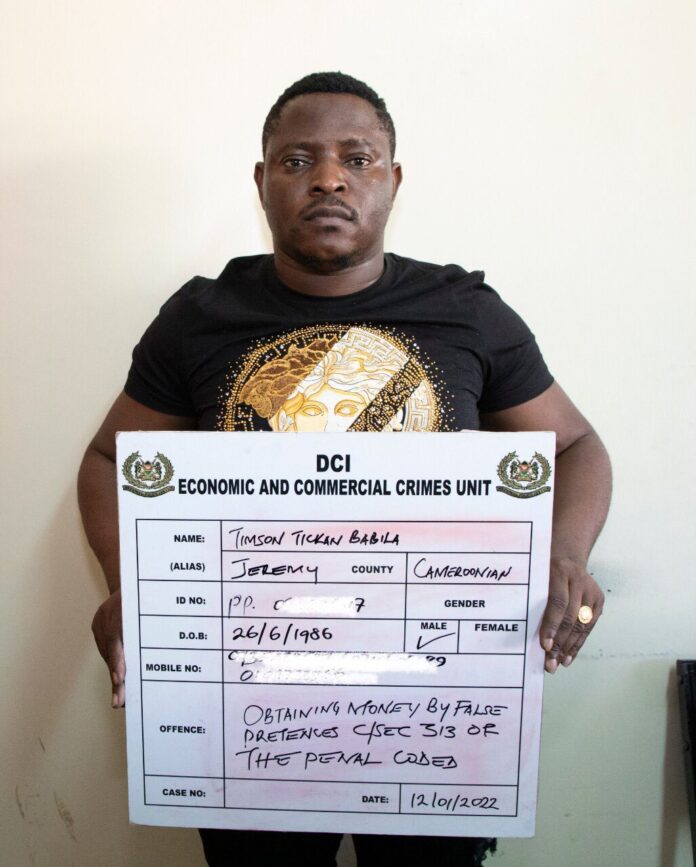 A 36-year-old Cameroonian has been nabbed by police officers after defrauding an Australian investor by claiming that he would supply him with gold.

Timson Tiekam Babila alias Jeremy was arrested by DCI’s Economic and Commercial Crimes (ECCU) at a hotel in Kilimani area following a tip off from the complainant.

According to DCI Kenya official Twitter account, the suspect believed to be a ‘wash wash’ specialist was arrested together with two other accomplices, Ernest Abeng Ahuo and Ayong Ronald Aku, all Cameroonian citizens.

Preliminary investigations reveal that Babila, entices his clients by duping them that they will make quick cash after cleaning their fake dollars and turning the dollars into real money.

In order to make this happen, the suspect first asks his victims for genuine money for the purchase of chemicals and other materials used to clean the fake notes, usually locked steel boxes.

An Australian investor with business interests in Kenya and Dubai had advanced Sh800,000, to the suspects before he discovered that coned.

The Australian made a report at the ECCU offices, leading to the arrest of the Cameroonian. 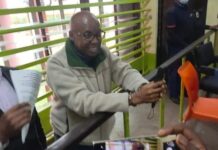 WANJIGI IN TROUBLE AFTER COURT ISSUES WARRANT FOR HIS ARREST IN LAND FRAUD CLAIM. 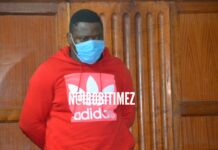