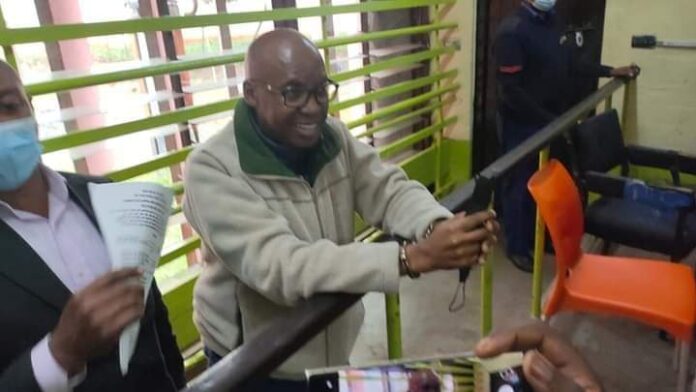 A Nairobi court has issued a warrant for the arrest of embattled businessman Jimmy Wanjigi over an alleged fraud of a land valued at Sh56 million.

Milimani Senior Principal Magistrate Benard Ochoi issued the warrant of arrest against Wanjigi and summoned his wife Irene Nzusi Wanjigi and several other persons over claims of conspiracy to defraud.

The police applied for the warrant after the accused persons failed to appear in court as directed. The court heard that the police could not reach them on their phone.

Ochoi heard that an attempt to arrest Wanjigi at his home flopped after the businessman escaped arrest and drove off and locked himself in a building in Westlands.

The charge sheet states that Wanjigi, his wife, John Nynjua Njenga defrauded Kenroid Limited by falsely pretending that they were in position to sell land IR. NO. 65800LR.1870/11/200 Deed plan No. 175145 measuring 0.3314 hectares registered to Auream ltd.

They allegedly committed the offence jointly, on June 21, 2018 at Nairobi city center with intent to defraud and obtained Sh56 million.

The charge states that they committed the offence on diverse dates between April 9,2010 and June 5,2018 at an unknown place jointly with others not before court.

Wanjigi, his wife and Njenga are also accused of procuring execution of a company by false pretence and uttering false documents with intent to defraud.