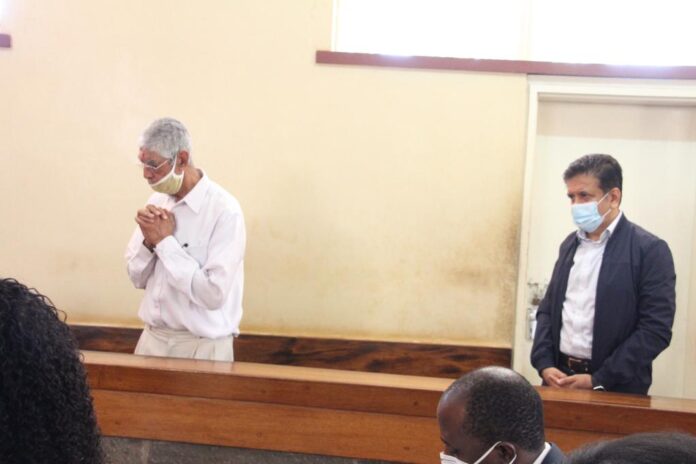 Two businessmen has charged with conspiracy to defraud ms Hp Youtan and Company limited a parcel of land worth 180 million.

They are accused of committing the offense on May 30, 2008 at unknown place within the republic of Kenya.

The court heard that on November 10, 2008 at the Department of Lands Registry in Nairobi within Nairobi County, Jointly with others not before court they willfully and fraudulently procured the registration of the said Parcel of land in favour of Kantilal Maganbai Patel.

They allegedly used Department of Lands Authority Ref.NO.56723/34 dated 26th October 2006 and Survey Deed Plan NO.273341 Dated 20 February 2006 regarding extension of the said parcel of Land’s lease to the said company.They also face a count of forgery of a document of title to land.

The court heard that on November 27, 2007 at unknown place within the Republic of Kenya, jointly with others not before court they forged a document namely a transfer instrument for the said Land purporting it to be a genuine transfer instrument signed and registered by Rosinah Ndile Mule, a Registrar of Titles.

They also allegedly forged another title on November 10, 2008 at unknown place within the Republic of Kenya.

They were released on a bond of Sh5 million or cash bail of Sh 1 million pending hearing and determination of their fraud case.