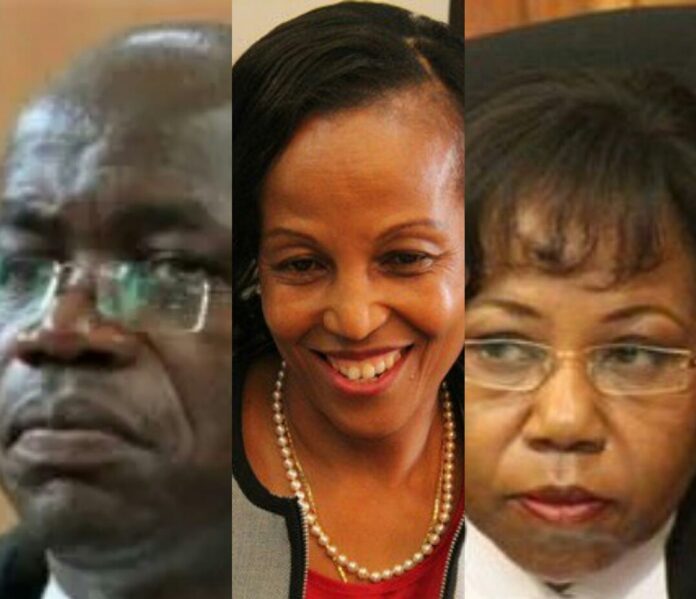 Eleven officials of Turkana County Government will face charges of abuse of office, willful failure to comply with procurement laws and unlawful acquisition of public property.

The officials will be charged after the Court of Appeal sanctioned the case by overturning an earlier decision stopping plans to charge them.

Appellate judges Wanjiru Karanja, Patrick Kiage and Agnes Murgor set aside the High Court decision saying the judge misdirected himself by failing to take into account matters that ought to have been taken into account and in so doing arrived at the wrong decision.

“Accordingly, the appeal is allowed. The ruling and order of the High Court of 29th March 2017 is hereby set aside with costs to the appellant,” ruled the judges.

The judges observed that by quashing a letter to the anti-graft body, the trial court did not only effectively stop further investigations into the other construction contracts, but went further to effectively and without justification prohibit the prosecution for the offences recommended in relation to the contract for the construction of Lodwar-Napeikar-Moreuse road.

“The result of the judge’s decision was to provide immunity to the respondents from all and any investigations into the construction contracts and any ensuing prosecutions, which was tantamount to unjustifiably curtailing the appellant and the Director of Public Prosecutions from the conduct of their respective statutorily and constitutionally donated mandates,” they said.

They added that though the judge was clearly aware that the documents taken away related to the Lodwar- Napeikar- Moreuse road contract, he failed to ascertain whether they were the same ones for which a request had been made.

The judge nevertheless concluded, without any evidence whatsoever, that the documents required were the same as those taken away.

“Without having tested the veracity of the allegations, they remained unfounded and could not be a basis on which to grant the blanket orders stopping all further investigations and prosecutions,” appellate court said.

Ethics and Anti-Corruption Commission challenged the ruling by Justice Stephen Riechi who had quashing the commission’s letter of March 11, 2016 that requested the officials to produce various documents relating to construction contracts issued by the County Government of Turkana.

The court had also quashed a Press Statement of January 15 2016 by the Director of Public Prosecutions that recommended that the charges.

The officials moved to the High Court seeking to quash decision by the DPP recommending the charges.

“An order of prohibition do issue prohibiting the Respondents whether by themselves, their servants, officers or agents from making any demands for collection of any documents from applicants on behalf of the County Government of Turkana on any of its constructions contracts and interviewing the applicants and recording statements from them regarding the documents,” the officials urged the court.

They further sought orders to prohibit the commission from harassing, intimidating, arresting or charging them in relation to the contracts.

The county government officials claimed that the commission invaded the County headquarters in Lodwar while carrying on investigations into the alleged irregularities of Tender awards pertaining to various construction projects.

They claimed the EACC officials carried away the documents which they were asking for.

They further complained that following the letter of March 11 2016 and the press statement in the local January 15, 2016, EACC published the results of a survey which declared the County Government of Turkana and Tana River as the only two counties where no bribery in exchange for services was reported.