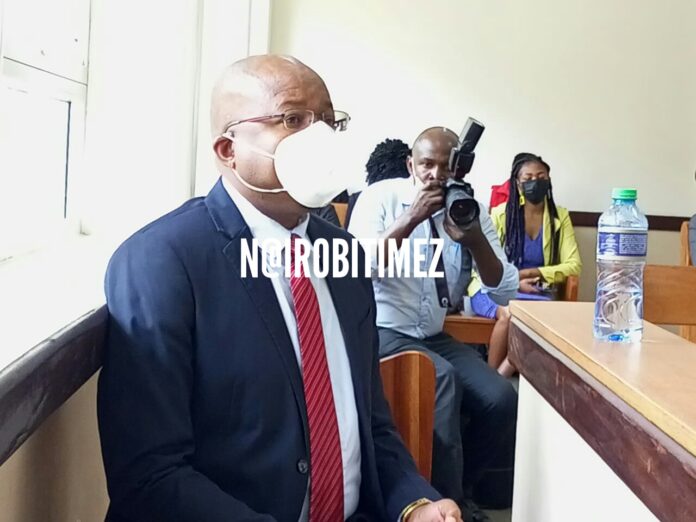 A Nairobi court has heard that Bonchari Member of Parliament Robert Pavel Oimeke demanded a bribe of Sh500, 000 from petrol station owner through social media.

Testifying before the Anti-Corruption Magistrate Peter Ooko, the complainant Wycliffe Odhiambo Oyoo said he negotiated with the MP, then the Energy Regulatory Authority Director General, to Sh200,000.

The witness said he then reported the matter to the Ethics and Anti-Corruption Commission, where he was given treated money which he took to the legislator.

Oyoo,presented the money he handed to Oimeke on December 2 last year.

The charges against Oimeke stated that on December 10, last year being EPRA boss, he asked for a Sh500,000 bribe from Wycliffe Odhiambo Oyoo.

The witness said the message, asking for the bribe was sent through WhatsApp and the amount asked were for purposes of authorising the re-opening of Nyang’inja Filling station in Oyugis in Homa Bay County.

The prosecution told the court that on December 10, Oimeke received a bribe of Sh200,000 from Oyoo so that he could authorize the unsealing and opening of the said petrol station.

The legislator is out after depositing cash bail of Sh200,000 in court to secure his release.