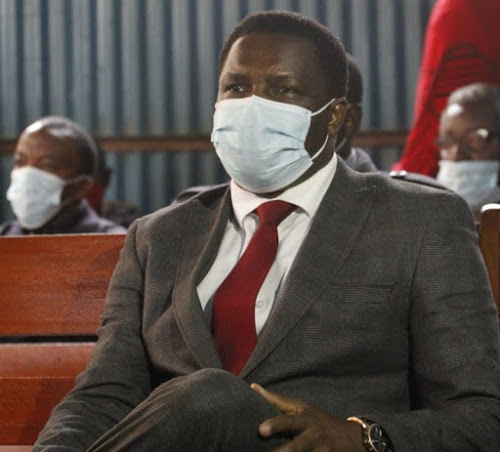 The graft trial against Tharaka Nithi Governor Muthomi Njuki and several members of the county executive will now be heard in Embu.

This is after High Court Judge James Wakiaga ruled that there was no reason why the trial was being conducted in a court nearer the county.

“I therefore direct this case be tried or inquired into by a court of the nearest local limit jurisdiction to try the same and accordingly direct that the file herein be transferred from the Anti-Corruption court at Nairobi and be placed a gazetted magistrate in Embu for trial and determination, unless advanced by Prosecution as to why fair trial cannot be expected in the said court,” ordered Judge Wakiaga.

In his ruling, Justice Wakiaga said that cases involving loss of money from the county government should as far as possible be filed and tried in courts where the offence allegedly occurred, so that the local citizen, be given a chance to attend trials so as to see and hear for themselves the massive loss of the county funds.

“Further than the same being filed far away in Nairobi, which makes it look like the said funds are stolen from the national government with the hope that this will bring to an end alleged excessive loss of county funds which is a mockery of the purpose for which devolution founds its way into Article 174 and 175 of the constitution,” Judge said.

Governor Njuki and 20 others were charged with 16 counts under the Anti-Corruption and Economic Crimes Act of 2003 (ACECA), among other offences.

The court heard that the suspects committed the offence between January 1, 2018 and October 31, 2018 at Tharaka Nithi county.

It is alleged that the committed the offence jointly with others, by conspiring to embezzle Sh34,998,500 of public funds from the county government in relation to tender number TNCG/2018-2019 for the supply, installation and commissioning of an incinerator.

Muthomi is separately charged with knowingly holding a direct interest in the tender for the supply of the Sh34 million incinerator.