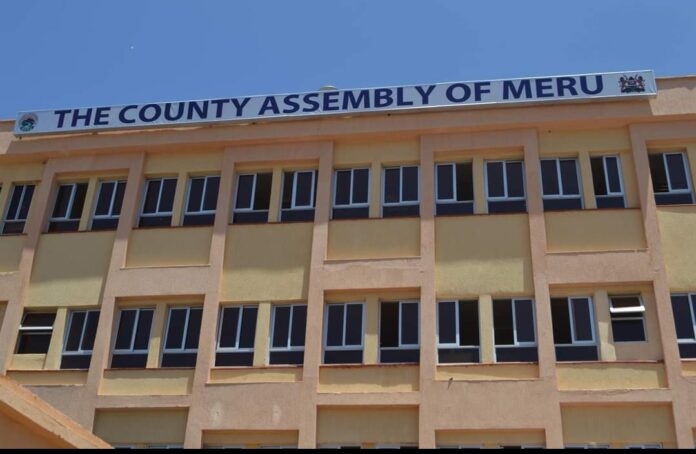 A Judge has nullified the appointment of the clerk of Meru County Assembly.

While nullifying the appointment of Jacob Karari, Justice Patrick Otieno declared that the composition of the Meru County Assembly Service Board as at the February 21, 2020 did not comply with the gender parity rule.

The Judge said the male gender comprised more than two thirds of the membership and was therefore contrary to the Constitution.

“If by December 21, 2021, the Board will not have been reconstituted to comply with the Gender Equity Rule, it shall stand dissolved,” the Judge ordered.

“A public office and that in conducting the approval proceedings, public participation was not conducted as the constitution, the statutes and Standing orders command,” the judge said.

This was after Kenneth Muriuki challenged the appointment of Karari as the clerk as it was in violation of the provisions of the Constitution, the Standing Orders, County Government Act and the   Public Appointments (County Assemblies Approval) Act.

He argued that there was no forum for public participation in the entire process of recruitment, nomination, vetting, debate and appointment of the Clerk.

Muriuki said the assembly compromised its integrity and violated the provisions of Chapter 6 of the Constitution, thereby rendering the entire process a nullity.

He added that the Meru County Service Board recommended Karari as the clerk to the Assembly subject to county assembly approval.

The motion for his approval was moved by the assembly member Godfrey Mutembei on February 27, 2020, the same was also approved and on the same day it was forwarded to the Assembly and Karari was sworn in as the assembly clerk.

He faulted the process of approval saying the approval motion was not in the weekly schedule of house business.

Muriuki further argued that the proceedings of the assembly on February 27, 2020 remain a comical satire devoid of any constitutional and statutory compliance and further maintains that the violations of the law render the appointment of the Clerk.