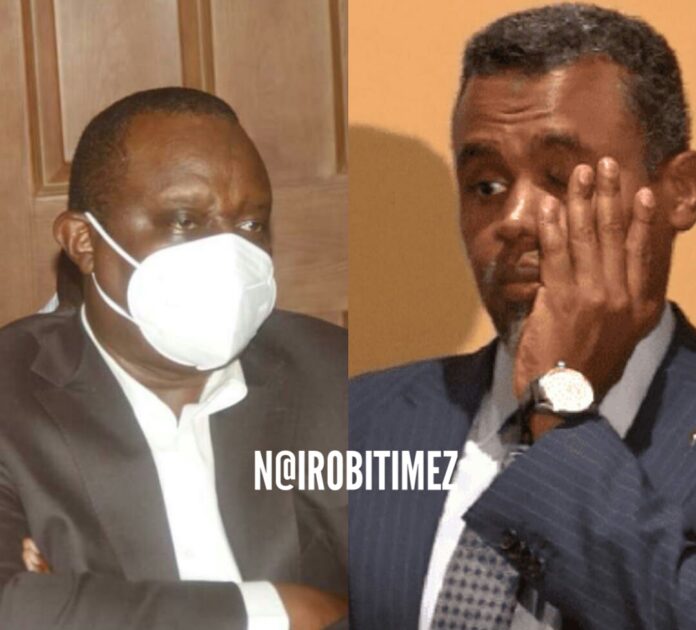 Director of Public Prosecution Noordin Haji has suffered a major blow in his bid to get a three judge bench to hear and determined a case.

This is after judge has declined to forward a case filed by former Treasury cabinet secretary Henry Rotich challenging his prosecution over the 63 billion Kimwarer and Arror dams’ to the Chief Justice Martha Koome for empanelment of a bench to determine the matter.

The DPP had argued that the case raises substantial questions of law that directly affect his powers to charge, since several decisions touching on the issue have been given varying interpretations by different judges.

DPP Haji filed the application after the former CS sued DPP and EACC accusing them of failing to comprehend and respect the mandate of the National Treasury in preferring charges against him.

Rotich sought orders quashing the decision by DPP to charge him saying the charges are motivated by misapprehension of the law.

Haji later sought for a bench of more than two judges to interpret on whether a decision to prosecute a Cabinet Secretary can be faulted on account of political pronouncement by political leaders that have no nexus to the subject matter of the criminal proceedings or the evidence available to the DPP.

DPP argued that there were different interpretations by courts leaving parties to choose on principles that best suit them.

“It is our submission that failure by the High court to pronounce itself with finality on the issues we have highlighted could easily cripple criminal proceedings in all subordinate courts,” argued DPP.

Justice Maina however dismissed DPP’s arguments saying the question has been litigated and adjudicated by several judges of the High court.

“I am not persuaded that empanelment will cure the varying decisions that arise from the courts on that issue given that it is trite and it has been so held in various cases that the decision of an enlarged bench of the High court holds the same jurisprudential value  as that of a single High Court Judge,” she said.

According to her, the varying decisions should be subjected to an appellate process.