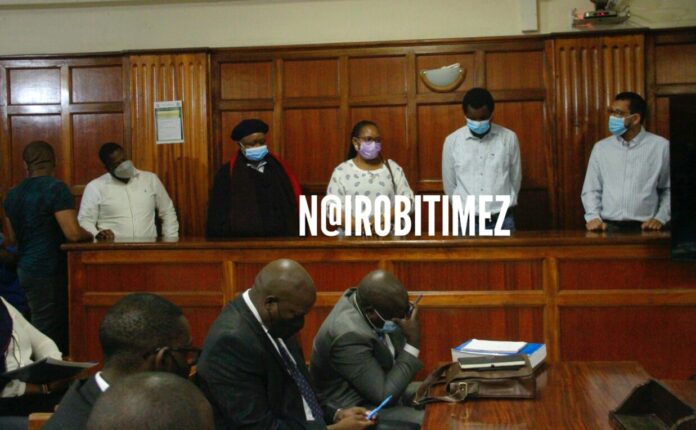 Former Dubai Bank chairman Hassan Zubeidi has been charged with conspiracy to steal over half a billion from national carrier Kenya Airways.

Zubeidi was presented in court five other persons and denied a total of seven counts including conspiracy to steal, stealing, forgery and money laundering.

Count stated that they conspired to steal from Kenya Airways Sh521.9 million between January 1 in the year 2013 and December 30, 2015, jointly with others not before court, at an unknown place.

Zubeidi is further accused that between April 13 and May 27 in the year 2015 at Dubai Bank ltd in Eastleigh branch within Nairobi County, jointly with others not before court stole Sh8, 500,000, the property of KQ.

Githinji is alleged to have forged a bank statement report. The court heard that he forged Citibank account advice reports for Sh21,949,849 and Sh13, 500,000, purporting them to be genuine and valid account statement advice reports, for an account.

It is alleged that he committed the offence on or before April 4 in the year 2015 at unknown place, jointly with others not before court with intent to defraud,

The six are accused of engaging in fraudulent cash transactions which led to the loss of Sh521,939,870 from Kenya Airways. The charge sheet stated that they committed the offence between January 1, 2013 and December 30,2015 at Dubai Bank in Nairobi.

The court directed them to deposit a bond of 2 million or an alternative cash of Sh300,000, each.