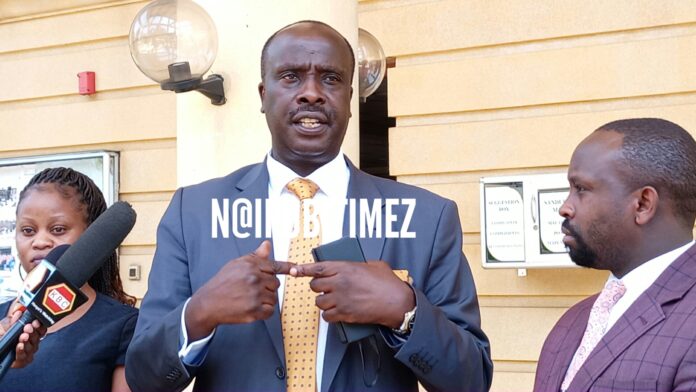 The perpetual delay in reviving Mumias sugar company could be politically motivated.

Local farmers through Gakwamba Farmers Cooperative are concerned that there are politicians hell bent to frustrate the firm’s revival.

Through lawyer Danstan Omari, the farmers stated that some politicians in western Kenya are sponsoring many court cases which have stalled revival.

The Judge also allowed Gakwamba Farmers’ Co-operative Society Limited to join the case after arguing that they are shareholders in the Sugar Milling firm.

Through Lawyer Omari, the farmers had argued that they would suffer prejudice if the suit were to proceed without them.

The revival of the ailing miller has been stalled over a dispute filed by Tumaz and Tumaz Enterprises, challenging the process arguing that it was fraught with irregularities.

Several cases have been filed in court regarding the lease of the Sugar milling plant and on December 29, the court suspended the lease, pending the determination of the case filed by Tumaz.

Sarrai on the other hand said it has started operations at the company after the lease was signed and the order was issued after the horse had already bolted from the stable.

The Uganda-based company, which is associated with Rai Family, has since filed an application seeking to have the order suspending the lease lifted, arguing that the court did not have the jurisdiction to hear the case. The application will also be heard on January 21.

Last week, Tumaz filed a contempt case against Sarrai Group accusing it of starting work at the sugar milling plant despite the existence of a court order barring them from doing so.

On Tuesday, Kakamega County moved to court and obtained an order stopping KCB appointed receiver-manager PVR Rao and Tumaz & Tumaz Enterprises, which has contested the 20-year-lease, from interfering with operations of Sarrai Group.

The order was however vacated a day after, by Justice William Musyoka who ruled that he was not informed of the December 29 order, which suspended the leasing process.

This iis after the High court issued fresh orders stopping operations at Mumias Sugar Company dealing a blow to plans to revive the ailing miller.

Justice Wilfrida Onkwany of the Commercial Division of the High Court issued temporary orders that are to last for ten days, following a suit filed by five farmers who have challenged the lease issued to Uganda-based Company Sarrai Group. The farmers argue that the bidding process was undertaken in an opaque manner.

Lambert Lwanga Ogochi, Augustino Ochacha Saba, Prisca Okwanko Ochacha, Robert Mudinyu Magero and Wycliffe Barasa Ng’onga have contested the lease on grounds that the 20-year lease was offered to the lowest bidder and without regulatory approvals.

“The justice of this case would require that the court halts the activities and the actions that have been complained of by the applicants for a limited period of 10 days so as to enable respondents to file their responses,” ruled the Judge.

According to the Judge, it would serve the interest of justice to preserve the subject as the court considers all the issues that have been raised.